Home › artistic life › Summer? Is it ever!

Summer? Is it ever!

I always think that for me, summer never starts until after the Bead & Button show.  By then, the kids are out of school, the pool is open, and I’m ready for that more relaxed routine.  This year, I think it started without me, and I’m still trying to catch up! 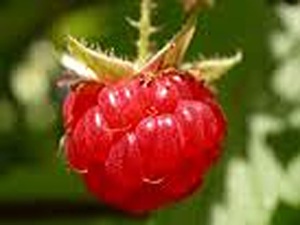 For one thing, we had a real spring this year, so I planted my garden a little early.  By the time I came back from Milwaukee, everything was well established and producing, so I need to spend about an hour a day weeding, tending, and picking.  And everything is running a little early compared to other years.  The raspberry harvest is in full swing and the berries are the biggest and highest volume in my 8 years having them.  RaspberryFEST is scheduled for next week!

But the main reason summer is flying without me is that my family is growing up so quickly.  The oldest has a newly minted driver’s license and a job!  So his presence around the house is growing less frequent (at least during the waking hours!). And he doesn’t need me to drive him anywhere.

The middle child just spent a week on the campus of the University of Iowa (that other Iowa school).  When I dropped him off for his adventure, I told him not to breathe the air to have a good time.  Not to worry, he wore Iowa State clothes and a Husker cap all week!  He took an Engineering class where they took apart broken appliances and equipment, built a contraption to save an egg from a 1 and a 3-story fall out of tape and drinking straws, and designed and built a model wind turbine.  He had a LOAD of Fun!!

My daughter didn’t find anything she was interested in this year in the college for kids programs, so we’ve designed a “home school summer class” for her.  She’s an avid reader and started Gone With the Wind at the end of school.  So we decided she will read only classic literature that has been made into movies, so after the book we can watch the movie together.  I’m even writing an essay exam for each one.  Next up;  Little Women.

In the studio, I’m plugging away as usual.  Keeping up, but in the back of my mind, I’m mulling ideas for next year’s bead show classes, other design projects, and some contest entries.  I’ll keep you posted.

Have an awesome weekend!